Two men and a woman drive up to a Covid-19 checkpoint in Phibsboro, Dublin, at 4.30am yesterday morning. They are all from Dublin’s north inner city and the car is 16 years old – ‘a banger’.

In the middle of a pandemic, where house parties are against the law, one of the men is sitting in the back with a stack of pizza boxes on his lap.

It is therefore perhaps not surprising that gardaí become suspicious and try to stop the car but it drives on through the checkpoint at speed.

It doesn’t stop until it is forced to and then only by crashing at Essex Quay in Dublin city centre.

One of the three car occupants jumps out and throws a package into the River Liffey which – when recovered later by the Garda sub aqua unit – contains two semi automatic pistols.

The contents of the pizza boxes are still being tested but the suspicion, at the moment, is that they could have contained up to €500,000 worth of cocaine.

Operation Fanacht has put over 650 checkpoints and 2,500 high visibility gardaí on the street and disrupted the lives not only of law-abiding citizens, but also of those who ignore the law and, in particular, those involved in organised crime. 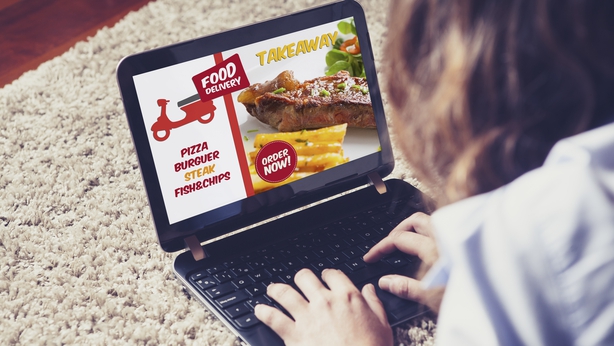 In 144 instances over the Easter bank holiday weekend, the checkpoints resulted in the detection of other crimes including drugs, road traffic, assault and public order offences. The policing operation is forcing drug dealers, gunmen and criminals to be more creative and there is some evidence to show that they are trying.

Gardai say the attempt by three low level criminals to move guns and drugs in pizza boxes is indicative of a pattern they have identified where gangs are trying to move product under the guise of food deliveries.

“If they are stopped they need to have an excuse,” one senior Garda said, “and while one or two pizzas might not have raised suspicions, a stack of seven is a different matter.”

Some dealers are trying to use well known online food delivery and taxi companies – unbeknownst to these legitimate businesses – as cover. One man was stopped yesterday in a taxi at a Covid-19 checkpoint in the Naul area of Co Dublin.

“The policing operation is forcing drug dealers, gunmen and criminals to be more creative and there is some evidence to show that they are trying”

Unknown to the taxi driver, his passenger was carrying €20,000 worth of cannabis.

The street dealers are also using other forms of public transport to move around and gardaí are boarding buses, trains and the Luas, not just to ensure that social distancing is being observed, but to see if there are any known criminals on board.

These are the people whom the Garda are most likely to stop and search. One small time criminal had €250 taken from him after he was stopped on the street in Ballymun this morning.

With over 80% of the population locked down, it is becoming increasingly difficult for the working criminal to move around and remain inconspicuous.

Certain types of crime such as theft and burglary have dropped significantly. It’s hard to break into a house when the residents are home all the time. It’s impossible to pick pockets when there is no one on the streets, particularly in the main shopping areas.

Gardaí say that street level drug dealers are now actively seeking new ways to move their drugs. Rather than take the risk of moving it themselves and getting caught, they are looking to use people who can legitimately move around and are less likely to be stopped by the Gardai.

The drug leaders’ approach is both carrot and stick – offer an incentive to those who might be enticed and use threats and violence against those that can be coerced.

There is some evidence that dealers are approaching people who have letters from their employers and essential service workers such as binmen and retail workers and offering them money to move their products.

They are also contacting customers who owe them money and forcing them to carry drugs and guns to help pay off debts. Gardaí are still trying to establish who was behind the drugs and guns haul in the pizza boxes as it’s deemed too big a stash for the three people who were caught with it.

Transport lanes across the world have been shut down by the coronavirus outbreak. Traditional routes through ports and airports are in many cases no longer an option. Immigration and customs officers are on the alert. Couriers are more likely to have their suitcases searched.

Drugs gangs often hide their consignments in cars and motor parts, building supplies and household products but because of the global recession, these are no longer being shipped and demand has dried up.

Heroin and cocaine can not be smuggled into Ireland in tiles or other such goods from Spain or the Netherlands if people are no longer buying these products to decorate their patios and bathrooms.

Gardaí say the crime bosses are now looking at trying to hide their consignments in food shipments which are currently the main focus of international commerce.

However, the economic downturn has severely limited their capacity to do business.

The problem therefore for organised crime at both street and top level is supply, not demand. The market is still there; people addicted to drugs like methamphetamine and heroin are still craving them, part time and professional users who smoke a bit of cannabis or snort cocaine would still buy drugs if they could get them.

For many, it would alleviate the boredom of the lockdown.

The issue for the drugs gangs and the dealers is how to get their product to the market, how to get the drugs to the users, particularly with the country – as one dealer put it – “now crawling with cops”.